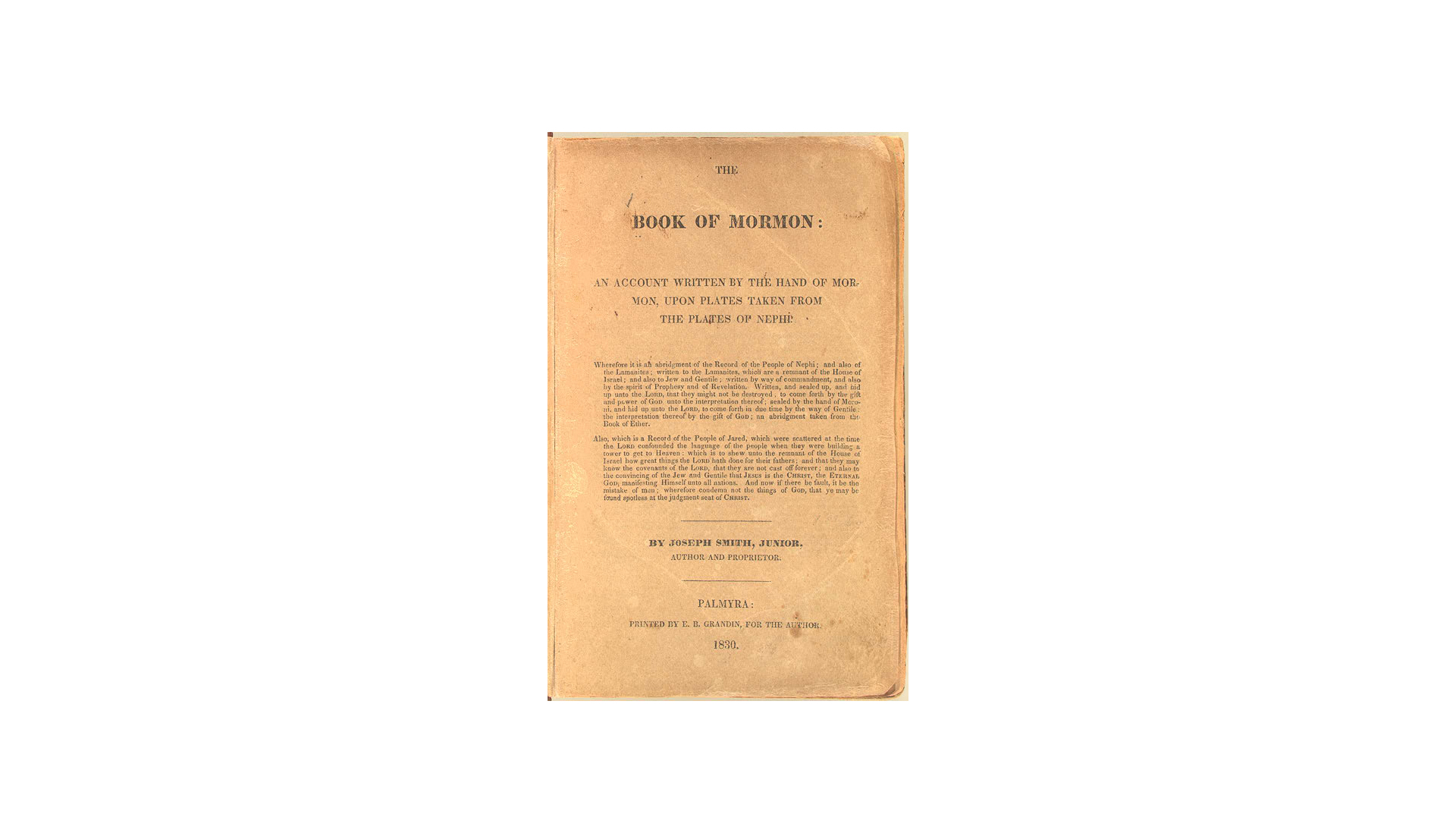 AN ACCOUNT WRITTEN BY THE HAND OF MORMON, UPON PLATES TAKEN FROM THE PLATES OF NEPHI.

Wherefore it is an abridgment of the Record of the People of Nephi; and also of the Lamanites; written to the Lamanites, which are a remnant of the House of Israel; and also to Jew and Gentile; written by way of teshuvah, and also by the spirit of Prophesy and of Revelation. Written, and sealed up, and hid up unto YHVH, that they might not be destroyed; to come forth by the gift and power of Elohim unto the interpretation thereof; sealed by the hand of Moroni, and hid up unto YHVH, to come forth in due time by the way of Gentile; the interpretation thereof by the gift of Ruach Hakodesh; an abridgment taken from the Book of Ether.

Also, which is a Record of the People of Jared, which were scattered at the time YHVH confounded the language of the people when they were building a tower to get to Heaven: which is to shew unto the remnant of the House of Israel how great things YHVH hath done for their fathers; and that they may know the covenants of YHVH, that they are not cast off forever; and also to the convincing of the Jew and Gentile that Yeshua is HaMashiach (Messiah), YHVH, manifesting Himself unto all nations. And now if there be fault, it be the mistake of men; wherefore condemn not the things of Elohim, that ye may be found spotless at the judgment seat of the Messiah.

THE TESTIMONY OF THREE WITNESSES

Be it known unto all nations, kindreds, tongues, and people, unto whom this work shall come, that we, through the grace of God the Father, and our Lord Jesus Christ, have seen the plates which contain this record, which is a record of the people of Nephi, and also of the Lamanites, his brethren, and also of the people of Jared, which came from the tower of which hath been spoken; and we also know that they have been translated by the gift and power of God, for his voice hath declared it unto us; wherefore we know of a surety, that the work is true. And we also testify that we have seen the engravings which are upon the plates; and they have been shewn unto us by the power of God, and not of man. And we declare with words of soberness, that an Angel of God came down from heaven, and he brought and laid before our eyes, that we beheld and saw the plates, and the engravings thereon; and we know that it is by the grace of God the Father, and our Lord Jesus Christ, that we beheld and bear record that these things are true; and it is marvellous in our eyes: Nevertheless, the voice of the Lord commanded us that we should bear record of it; wherefore, to be obedient unto the commandments of God, we bear testimony of these things.— And we know that if we are faithful in Christ, we shall rid our garments of the blood of all men, and be found spotless before the judgement seat of Christ, and shall dwell with him eternally in the heavens. And the honor be to the Father, and to the Son, and to the Holy Ghost, which is one God. Amen.

AND ALSO THE TESTIMONY OF EIGHT WITNESSES

Be it known unto all nations, kindreds, tongues, and people, unto whom this work shall come, that Joseph Smith, Jr. the Author and Proprietor of this work, has shewn unto us the plates of which hath been spoken, which have the appearance of gold; and as many of the leaves as the said Smith has translated, we did handle with our hands; and we also saw the engravings thereon, all of which has the appearance of ancient work, and of curious workmanship. And this we bear record, with words of soberness, that the said Smith has shewn unto us, for we have seen and hefted, and know of a surety, that the said Smith has got the plates of which we have spoken. And we give our names unto the world, to witness unto the world that which we have seen: and we lie not, God bearing witness of it.